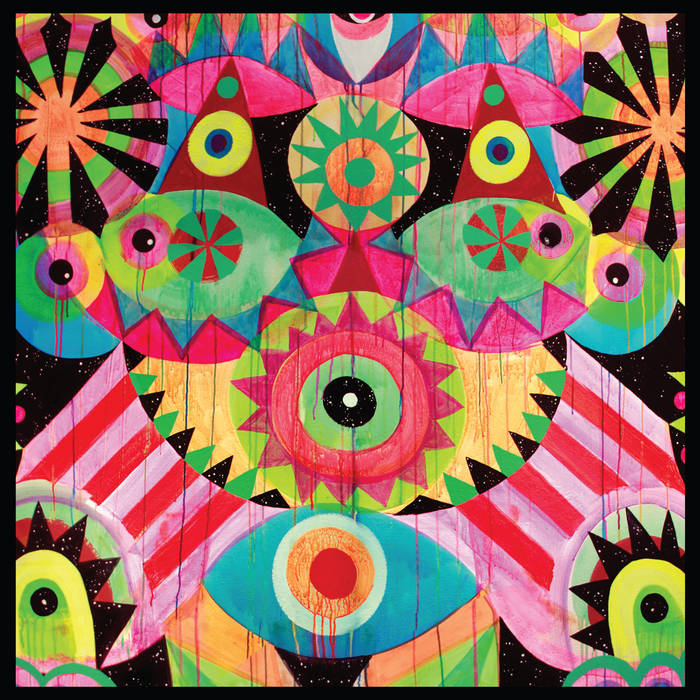 Levrikon Circuit-bending insanity that sounds like the soundtrack to a malfunctioning NES game. Surprisingly there's a lovely melody hidden underneath all that glitchy fuzz. Favorite track: Valedictorian.

Armed with an arsenal of thriftstore pedals and noisemakers splayed across his lap, Dan Friel has spent the last decade home brewing electronic music that is equal parts ragged, punk, psychedelic and glorious. Following the recent Valedictorian/Exoskeleton EP, which was called “a giddy, abrasive gem” by Under The Radar and “bottled raw power” by the BBC, Total Folklore retains the melodic prowess of Friel’s previous work while harnessing considerable rhythmic power to back it up. In a preview of the LP after his sold out show with Black Dice in London, No Ripcord said it was “an experimental record to savour and further confirm Dan Friel as one of the most exciting musical witchdoctors around.”

Total Folklore is an urban album, the jagged, overblown electronics mimicing the grit and chaos of Brooklyn. As a fan of the epic walk, Friel channeled the commuter while writing and recording these songs. In fact, many songs are paced specifically with walking in mind. The album is peppered with recordings Friel made on his phone while walking around cities, from the sound of kids playing basketball in Brooklyn to the sound of a Con Edison strike in Manhattan, to the sound of the inside of a panchinko parlor in Tokyo. The album opens with the majestic “Ulysses,” a 12-minute epic anchored by crunching beats and shimmering arpeggios before launching into “Windmills” and the instantly arresting “Valedictorian”. Throughout, Friel includes short intermissions, improvisations and field recordings, as if the listener is waiting on the corner for the walk signal. From the screeching glissando of the synths of “Scavengers” to the frenetic pulse of “Thumper,” Total Folklore captures the energy and irreverence of punk, while keeping a foot firmly planted on the streets of electronic pop.

Except the aforementioned phone recordings, Total Folklore was recorded by Friel at home on a computer purchased in 2001 running OS9, perched on a three-legged desk. This minimalism is an integral part of the album’s sound and feel, a bit nostalgic and completely frayed around the edges. The Yamaha Portasound keyboard heard on the record is from 1984, and was Friel’s first instrument. While Total Folklore will appeal to fans of both the harshest noise and the purest pop, it never feels like it is treading a safe middle ground. This is the sound of unfiltered excitement: blurry, euphoric, and turned on.